Kratom has been in the news a lot lately. But, unfortunately, much of the information that is being circulated is based on myths and misconceptions about this natural plant. While some of these rumors may have an element of truth, they are not outright facts and shouldn’t be spread as such. In this blog post, we will expose eight of the most common kratom myths and provide evidence to support our arguments.

How Kratom Myths Get Started

The theory of regulatory capture, brought forth in the 1970s by Nobel laureate economist George Stigler, states that government agencies meant to regulate industries will ultimately act in favor of those industries, rather than in the interest of the public.

This results in conflicts of interest and biased decision-making. In the interest of professionalism and neutrality, we will leave it alone from there and adhere only to facts.

You can use what you see and what you learn throughout your daily travels to determine how you want to apply this theory to the relationship between the FDA, kratom, and the pharmaceutical industry. Never take anything you read on the internet at face value without establishing the credibility of your source.

Technically, we can’t bust this myth completely because there are certain areas that have criminalized kratom. Outside of Mississippi, which has several local governments that have banned the leaf, there are nine other apparent examples of anti-kratom legislation in the US at local levels.

These include San Diego and Oceanside (CA), Jerseyville and Alton (IL), Sarasota County (FL), Malheur County (OR), and Denver, Parker Town, and Monument (CO). There may be more local bans in place, but these are the ones most commonly reported by the American Kratom Association.

It is, however, legally at the federal level in the United States. It is also legal at the state level except for six jurisdictions. Overall, there are nearly 40,000 individual governments in the United States, and kratom has been criminalized by a total of under 50 of them. This means that kratom is illegal in just over 0.1% of places around the country.

This is categorically false. Merriam-Webster defines synthetic as “produced by humans rather than natural processes.” Kratom is a tree that grows naturally throughout parts of Southeast Asia and its leaves are processed mechanically without additives.

This myth seems to be part confusion rather than outright lie. Kratom’s components, namely mitragynine and 7-hydroxymitragynine, are natural parts of the leaf, but they can be chemically extracted resulting in a finished product with a higher overall concentration than was present naturally.

Even though the alkaloids themselves are not synthetic, finished extract products are because they contain artificially enhanced amounts of the original chemicals. This is the reason they are currently illegal in Tennessee and could potentially be an easy target for future legislation in other areas.

Consumers should be very careful to appropriately measure extracts or verify their contents through lab test results before use.

To be clear, there have been multiple cases of people who have died with mitragynine in their system. However, the vast majority of these also involved other contributing factors like alcohol, prescription opioid medications, non-prescribed street drugs, and even gunshots.

There have been very few cases where mitragynine was the only drug present in the system of the deceased. Out of those, it is unclear how many were actually due solely to mitragynine intoxication and not some sort of unlisted comorbidity or a rush to judgment on the part of the medical examiner.

For the sake of this argument, however, let’s give these reports full credibility because failing to do so only makes us seem biased and unwilling to hear the other side.

In every such case, the level of mitragynine present in the deceased was magnitudes higher than ever could have been reached through the use of standard kratom powder alone, suggesting that the deceased instead ingested kratom extracts.

The amount of plant material that would have to be consumed to reach a fatal level of mitragynine intoxication in a human would be far more than one could actually consume without becoming violently sick and vomiting it all up.

The same can’t be said for extracts, however. To put it into perspective, a 65% mitragynine extract is over 43 times more potent on a gram-for-gram basis compared to regular kratom leaf. This is another reason extract users must treat every dose with special care and triple check their measurements.

This myth is effectively false because the kratom leaf doesn’t kill, though derivatives of it, when abused, could have played a role in some fatalities. Again, please use care when experimenting with extracts, follow directions precisely, and even double check those recommendations based off

Different varieties of kratom are actually mostly a function of how the leaves are treated after they are harvested. The curing process involves varying amounts of light, heat, and humidity in order to achieve a particular alkaloid profile.

Certain ratios of these variables lead to many of the individual strains you are used to seeing. Further, some vendors create their own strains by blending their ingredients in particular amounts to again achieve a desired alkaloid profile.

In some cases, strain name may indicate whether the leaf was harvested from trees on a plantation or wild grown trees. There has yet to be any solid evidence that one is better than the other.

The vast majority of kratom consumed in the United States comes from Borneo, Indonesia, no matter the name of the variety. Malaysian kratom is just a name referring to a particular drying process, which may vary greatly between vendors, and Thai kratom does not really come from Thailand. This is a myth perpetuated by many kratom retailers.

Kratom Myth #5: Kratom Is Just Like Heroin or Fentanyl

This is a dangerous statement, as kratom and opiates are nowhere near the same on a pharmacological level. Kratom partially affects mu opioid receptors while heroin and fentanyl activate delta opioid receptors too, leading to vastly different effects.

Kratom does not cause respiratory depression like opiates do. It can’t be used as an anesthesia substitute for surgery, and kratom overdoses do not require the use of naloxone. Kratom also carries nowhere near the risk of addiction or physical dependence that opioid medications do.

The effects of kratom can range from stimulating to sedating depending on dosage, but it is nowhere near as strong as opiates in terms of pain relief. Kratom is not a substitute for opiates or vice versa, and it should not be treated as such.

It’s important to educate ourselves on the unique pharmacology of kratom and its alkaloids in order to accurately discuss its risks and benefits without fear mongering or exaggerating its effects. When used responsibly, kratom can provide relief from pain and anxiety without the risk of addiction. It should not be lumped in with opiates and demonized as just another dangerous drug.

Some kratom users are looking to kick a dependence on prescription drugs. Others are trying to find some help with avoiding recreational drugs. The average kratom consumer is simply choosing kratom as an all-natural alternative to chemicals for the purpose of finding relief, supporting a positive mood, and providing some extra stimulation throughout their day. Here are some interesting findings from a 2020 survey of 2,800 kratom users:

Kratom is a natural plant with many potential benefits, but it also carries some risks. It’s important to educate ourselves and make informed choices about kratom use, keeping in mind the unique pharmacology and individual variations in response. 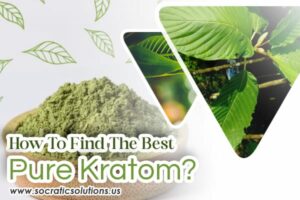 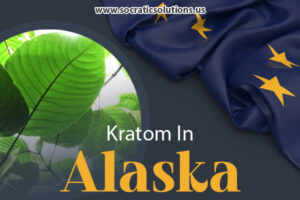 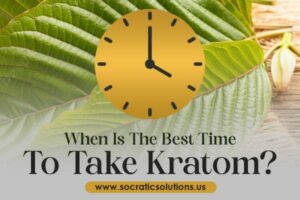 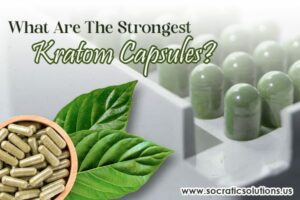 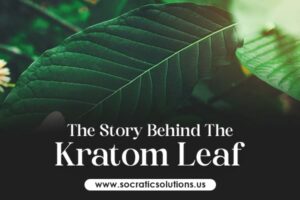