Kratom and chronic fatigue may not sound like an ideal combination due to popular misconceptions regarding kratom’s opiate-like effects, but there may be merit to it. Are you one of the 2.5 million people in the United States who suffer from Myalgic Encephalomyelitis, known colloquially as Chronic Fatigue Syndrome (ME/CFS)? If so, you are well aware of the lethargy, inability to focus, profound difficulty in recovering from exercise, body aches, and general malaise that comprise the symptoms of this condition.

No matter how much coffee you drink or how much sleep you get, it feels like you just can’t keep up with everyone else’s energy levels. That’s where kratom comes into the discussion. In Southeast Asia, manual laborers have been using kratom throughout recorded history as a method of combating fatigue brought on by long and arduous work hours. Productivity increases among its users.

It is one stimulant preferred throughout Thailand and Malaysia particularly. This can likely be attributed to the actions of mitragynine and 7-hydroxymitragynine on the body’s mu-opioid receptors as well as their effects on the 5-HT2A and alpha 2-adrenergic receptors.

The body has certain areas called receptor sites that exist on the surface of cells. This is where chemicals do their work by signaling the body to do particular things. Once kratom’s alkaloids, or plant chemicals, are consumed, they bind to specific receptor sites in the brain. This signals the body to begin producing its own endogenous chemicals.

In the case of mitragynine, these chemicals include noradrenaline and 5-HT, among others. Noradrenaline, also called norepinephrine, promotes alertness, the formation of memories, and rapid decision-making ability. 5-HT, better known as serotonin, also promotes wakefulness and vigilance and decreases reaction time to stimuli. Injections of mitragynine into mice decreased immobility in a study to verify it as a potential anti-depressant.

That’s not the only way kratom helps with chronic fatigue. Mitragynine consumption causes an increase in another neurotransmitter called dopamine. Dopamine acts as a mood lifter, speeds up executive decision-making ability, and triggers motivation. It also enhances locomotor (movement) activity.

The caveat here is that too high a dosage will undoubtedly lead to fatigue in itself. From my personal experience, about three grams of our Green Maeng Da is the maximum I can take before I start feeling like I’d rather sit still than move around a lot.

See, when too much kratom is consumed, its metabolites can enter the part of the brain stem known as the locus ceruleus, where receptor engagement results in slowed respiration, reduced blood pressure, and a decrease in alertness (Kosten & George, 2002). This is of course counterproductive if you’re looking for stimulation. 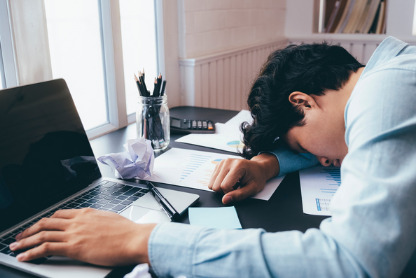 Just to give you an idea of how real people are using kratom to combat the symptoms of ME/CFS, here are some excerpts of posts from the American Kratom Association’s Facebook group:

If you find that it’s hard to navigate your daily schedule without some sort of impetus, and the coffee just doesn’t cut it, perhaps kratom is worth a shot. I know it helps me do my job. I personally go for white or Green Maeng Da, White Borneo, or Maeng Da Sulawesi, but everyone is different. Just remember to start with a small dose to assess tolerance – you can always move up later. I hope this information reaches someone who can benefit from it as I have.