Kratom and the FDA’s Lies

* Disclaimer – this piece is the opinion of this post’s author and may or may not reflect that of Socratic Solutions Inc.

Never in my lifetime have I witnessed government propaganda being so widely and automatically accepted as truth as I currently see with the FDA’s assault on the kratom industry. The problem is that the lies and fake reports have begun influencing state and municipal legislators to criminalize this amazing botanical. As of today, five states have criminalized kratom, and more than 50 other localities have created some form of legislation governing the leaf.

Clearly these entities have followed blindly without doing a shred of legitimate research into the agency’s allegations.
We now know that the reports disseminated by the FDA are based off false and/or manipulated data. The reasoning behind the aggressive attacks on the kratom industry is a topic for another post, but their actions have influenced jurisdictions to prohibit the sale, possession, and use of kratom products for invalid reasons and it’s harming people right now.

This propaganda, not kratom, is what poses a threat to public safety. Governmental legislation and corporate policies (particularly in banking and finance) are being written and enforced without any credible, empirical justification. Somehow banks are allowed to act almost as police, far overreaching into areas that are already governed by federal, state, and local laws.

The open internet, probably what you are using to access this site right now, is unbelievably censored. How did it get to this point? Complacency and lack of real, valuable intelligence. This type of oppression takes a direct toll on the kratom community in numerous ways.

Brick-and-mortar vendors who were shut down due to changes in kratom’s legality no longer have a way to support their families. Others who have been able to continue operating suffer the consequences of misguided policymaking. Family businesses won’t be passed down because of these things, potentially costing the next generation their future as well.

For what? For selling a natural, organic product that is literally safer than peanuts, aspirin, Benadryl, and countless other substances that are legally pedaled daily by the same companies sponsoring these kratom attacks and paying off the decision makers at the FDA. Don’t take my word for it, there is plenty of information out there on this topic.

Incomes (and livelihoods) have been taken away, business and personal creditworthiness has been destroyed, and law-abiding, good people have been placed on industry blacklists (the TMF/MATCH list, specifically) which hinders their ability to operate another business down the road. Not to mention all of the kratom users who were essentially turned from good, honest people into criminals at the stroke of a pen.

Owners of kratom companies cannot obtain financing like other businesses can. Even with a sound business plan and customer-centric refund policies, these companies are automatically labeled “high-risk” by banks. Nearly every bank will deny even a simple checking account to participants in the kratom trade. When we have pressed these entities about their reasoning (using objective, empirical data of course), we do not get responses.

The reason routinely given for the “high-risk” designation is that this sort of business is more likely than others to experience chargebacks. For those not familiar, a chargeback is when a card issuer refunds a purchase based on allegations including fraud, unauthorized purchases, processing errors, and consumer disputes (specifics vary between companies). When a claim occurs, the customer is reimbursed by the card company, who then comes after the merchant for the money plus fees.

I can tell you that I have never been with any company that has had fewer chargebacks than Socratic Solutions. Why would someone need to go through the hassle of one when they could simply reach out with a quick email and be taken care of on the spot? I have other friends who own kratom stores, both online and off, and they also rarely see these requests.

The justification for automatically labeling kratom companies as high-risk is as baseless as the allegations of the product’s danger. Regarding actual reasons behind chargebacks using 2019 data, 56% were due to purchases being made with a stolen card or the product never arriving. Also, media content, software, and financial services (ironic, huh?) all experienced higher chargeback rates than retailers did. Yet, these companies have few problems obtaining bank accounts or opening payment processing agreements.

Since large financial institutions are able to operate anti-competitively, many now require kratom retailers to submit a personal guarantee, which effectively pierces the veil of protection afforded by LLCs and corporations. This means that, in an industry already treated so poorly by others it must interact with, a business owner’s personal credit is at stake. Again, all based on lies.

If the government decided to place an outright ban on kratom at the federal level, these owners would be bound to lease payments or other obligations without the income these assets were generating. Failure to continue to meet these financial obligations jeopardizes the future of these retailers. As someone who lost a business during the Great Recession of the last 2000s, I know for sure that it is super difficult to come back from a failed venture.

Merchant account providers, which are the companies relied upon for processing credit and debit card transactions, automatically disqualify kratom companies as well. Kratom users have certainly noticed that paying for their products with a card is no longer an option. The payment processors that will work with kratom companies limit their offerings exclusively to e-checks.

E-check processing for “high-risk” merchants inherently require much more per transaction in fees. These rates are often several times higher than what non-kratom accounts would require. For example, a carpet cleaning company may pay 2.8% in fees per card transaction, while kratom vendors may pay as much as 10% per processed e-check.

If a vendor is processing $200,000 in e-check transactions annually, this means total fees of $20,000 versus $5,600 that would be incurred if kratom vendors were treated fairly by the industry. There are additional fees involved as well, like rolling reserves, maintenance fees, and setup fees. Additionally, since these companies know that there is a shortage of alternatives available and it’s highly unlikely you’ll leave them, they begin to slack on products and services after a while.

Thankfully the medical and scientific communities have become aware of kratom and how it is being portrayed in the media. This has led to independent research conducted by experts in various fields. The result has been essentially a complete rebuttal of the reports made by the various government agencies. Even the DEA removed kratom from its Drugs of Concern list.

That said, the negative press has caused devastation throughout the kratom industry, especially for small businesses. This is true not only within the United States, but also throughout Southeast Asia where the kratom tree naturally grows. This year the FDA has been pressing Indonesian authorities, particularly the BNN (Indonesia’s equivalent of the DEA) to make kratom illegal at the national level. Again, they back their assertions with embellished and misrepresented data.

Kratom farming, exporting, and other trade activities have become a lifestyle for many throughout the region, and their families depend on this industry to keep food on their tables. Why any foreign government would give any consideration to what the United States has to say on this matter is beyond me, especially after they have proven repeatedly that they are willing to lie so blatantly.

So what is really at stake for Indonesian farmers, co-ops, shippers, etc.? In 2016, West Kalimantan was by itself exporting around 400 tons of kratom per month with 90% of that going to the US. This brought in about $130 million annually for those making their living in the trade. All of that will be completely wiped out if Indonesian authorities don’t do their own research and impact analyses.

Finally, it should be mentioned that kratom users surveyed about the leaf’s potential prohibition readily admit that they will probably end up back on opiates or other recreational drugs should such legislation occur. They will be forced to choose between that or obtaining kratom on the black market, which of course opens the door for harmful, adulterated kratom products.

In short, the FDA will facilitate the deaths of many who have found kratom to escape drug addictions should they continue with their actions. Small business owners who poured their heart, soul, and life savings into their companies will have it all ripped right out from under their feet. The vast amount of Indonesian kratom farmers and their families will no longer have a stable income.

As of the time of this writing, Indonesia is planning to ban kratom beginning in 2024. However, kratom activists over there are just as fervent as they are here. The current counter-proposal made by advocates includes pushing the ban back at least an additional ten years to allow enough time to truly assess its potential impact.

I guess what bothers me the most about this is the possibility of my freedom being taken away by a governmental agency that is driven entirely by financial motives. We are losing our right to choose, which I feel is the most deplorable thing a person can do to another. I only wonder what will be taken away from us next.
Thanks for reading!

Kratom and the FDA's Lies 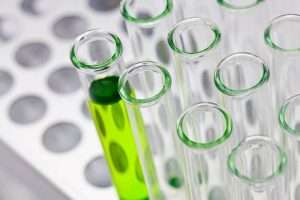 The vision of Socratic Solutions is a world in which credible information flows freely and every relationship is built on sustainability, trust, and mutual respect

Our objective is to empower discerning individuals to live the free, natural, happy life they deserve by providing organic, alternative solutions to life’s challenges in a consistent manner and at an unprecedented value.