Some Background on Depression

Depression, or depressive disorder, is a mental health condition characterized by a persistent feeling of sadness and apathy and a loss of interest in many of the things that most people consider pleasant. Many of those who suffer from it may also find themselves missing out or falling behind on life. The worst part is it feels like nobody out there could relate.

The CDC estimated around 16 million people in the United States are affected by depression to varying degrees. The worst part about it is that around half of them do not do anything about it. Read on to see how science says there may be merit to using kratom for depression.

Kratom is comprised of over 40 chemical compounds called alkaloids, each having different effects on the body. Two two alkaloids of kratom leaves, and the most well-known, are mitragynine and 7-hydroxymitragynine. These are the two biggest contributors to kratom’s activity as an analgesic and the leaf’s status as a partial opioid receptor agonist.

They are indole alkaloids, which interact with serotonin and dopamine – two neurotransmitters (brain chemicals) in the body that are responsible for pleasure and satiety. The plant has been used to help with conditions like depression throughout history in Southeast Asia for this reason.

When scientists test out antidepressant drugs, a couple of common laboratory tests involve measuring a rat’s responsiveness to stress and determining how susceptible they are to negative mood. This is measured by how long it takes for them to “give” up in certain controlled situations. I won’t get much more into that as to not offend anyone. As it turns out, mitragynine performed as well as two common prescription medications, fluoxetine and amitriptyline on these tests, though without the major side effects. 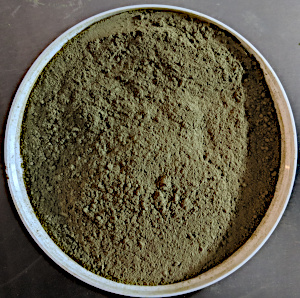 These results were replicated in another study that showed a significant improvement in immobility time on these studies as well as enhanced stimulation from mitragynine administered by injection. This study revealed that the compound could possibly increase protein levels in the dorsal raphe nuclei, which is a region located down the middle of the brainstem.

This area is particularly dense in serotonin nuclei, which can be influenced in a positive way by the flood of extra protein caused by action at the opioid receptors. This is where mtiragynine’s mood-balancing implications come into play and why you might decide to try kratom for depression.

In another study that tested rats after consuming kratom orally, the plant was again able to show promise. In this one, rats and mice were put into alcohol withdrawal and then treated with a control, mitragynine, and fluoxetine (Prozac). The goal was to see which one was more effective in limiting locomotive hyperactivity during the process. The kratom group showed the same results as the fluoxetine group, both of which were a significant improvement from the control group.

Finally, in a study testing kratom against traditional anti-depressants in terms of effect on deep (REM) sleep, kratom performed well again. Selective serotonin reuptake inhibitors (SSRIs) like fluoxetine and others are actually known to suppress REM sleep, while mitragyna speciosa showed no negative impact on sleep. The quality of sleep one gets is directly correlated with mood, and lack of it increases the risk of depression. Our red vein products are extremely popular for those looking for a deeper sleep and help falling asleep faster.

What the People Say

Scientific studies are great and are vital to what we do and how we operate. However, many people want to know how this all translates into real-life human scenarios. Unfortunately there have been no major clinical trials done about this as of the time of this writing. What we are left with, though, is anecdotal evidence that supports what the clinical data show.

One 2016 study showed that nearly 60% of the more than 8,000 people surveyed used kratom for self-treating a mental health or emotional issue. These results were replicated three years later when another study found that nearly 70% of 3,024 respondents were using kratom with anxiety and/or depression as one of their main reasons.

A quick internet search for “kratom testimonials,” preferably not via Google, reveals tons of reviews written by real people like us. These are good sources of positive inspiration as you get started on your kratom journey, or even if you’re already well on it. If you read through them long enough, you will eventually find others out there with very similar stories as yours who have noticed benefits from using kratom for depression.