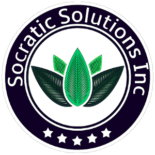 Over the past few years, the public’s perception of kratom has changed in a progressive manner. In short, this is due to the plethora of benefits that are continuously reported by its users. Safe to say it also has to do with the FDA’s bold public lies and fabricated reports. Kratom retailers, end-users, and even lobbyists mostly deployed by the American Kratom Association (AKA) have been pushing for regulation and more rigid safety protocols for vendors. An outright ban would undoubtedly result in tons of opioid overdose deaths and hospitalizations, since kratom has been so successfully used for mitigating recreational drug use. It would also prove just how archaic and naive today’s government is. States which have previously enacted legislation to ban the production and distribution of kratom are now actually reconsidering their stance on the product.
As I write this, Vermont, Rhode Island, Wisconsin, Indiana, Alabama, Arkansas, San Diego County (California), Denver (Colorado), Alton and Jerseyville counties (Illinois), Union and Columbus counties (Missouri), and Sarasota County (Florida) flat out prohibit kratom. Keep in mind, this is a botanical substance with a very low abuse profile, no legitimate major toxicity reports, hundreds of years of historical usage, and tons of potential health benefits. Not to mention the fact that human beings should never be able to tell others what they cannot put into their own bodies. It really shows how backwards-thinking the above jurisdictions are.
As time passes, the general outcry by the public is actually being taken into consideration by state, local, and municipal legislators. Vast amounts of kratom users continue to flood into government offices and occupy meetings, only wanting to voice how kratom has completely changed their lives for the better. Kratom strains such as white vein Borneo, have helped patients find immediate relief from medical conditions such as anxiety and even clinical depression. Red Bali is by far our most used product by those seeking sedation and pain relief. We have received hand-written letters, some of multiple pages, from customers with amazing attestations to the positive power of kratom.
State departments, for the most part, have not adopted a rigid approach to kratom. Many anti-kratom bills have failed once real, credible data is provided to legislators. These jurisdictions have instead opted to pass ordinances restricting kratom to those of a certain age, limiting retailers to only natural forms (no extracts, tea mixtures, etc.), and containing parameters by which kratom retailers should operate. The goal is to ensure end-users are experiencing only clean, microbial and adulterant-free kratom products.
Accountability for vendors is paramount, as there was a period of time over the past couple of years when certain retailers were caught mixing their kratom with other substances. Allegedly, some vendors were even caught with kratom containing recreational drugs. These adulterated products did result in some medical events, which only hurt the kratom community by associating the leaf with hospital visits from drugs. I can’t stand people who cheat, and these vendors definitely needed to be identified and stopped.
Currently, since kratom is not being regulated in many parts of the country, there is no official standard for quality, coliform presence, heavy metal maximums, mitragynine content, or other points that would definitely benefit from such. A few months back, our supplier was out of Green Kapuas Hulu and we had to work with a different person for a one-off partial order. We had been used to mitragynine levels of about 1.8% and 7-OH-mitragynine levels of 1.8-2.0% or so from our usual supplier. When we had the fill-in batch tested, it came back nearly 30% lower in both of these main alkaloids. This is just one case when we really wished there were more standards in place, because the word “premium” is tossed around too much these days.

The driving force behind the regulation of kratom is the combined efforts of the AKA and the fact that we vendors want peace of mind when we are sourcing and selling our products. It doesn’t hurt that more research has been done to investigate the many profound benefits associated with the leaf. If kratom were to be scheduled (effectively criminalized), all of this research would face severe impediments and would likely never be completed, leaving a whole world of possibilities on the table. The University of Florida’s Chris McCurdy, Ph.D, is one of the best voices for the community as he is considered the absolute authority on kratom in the US. Having a guy like that on your side really helps when the government agencies begin making things up.
This progress in legislation is currently underway and experts predict that it will soon be regulated and reclassified so people can safely use kratom and have better access the supplement. This will help the state and the public at large. Personally, I know that there is a lot of work and fighting back to do and I don’t see this being wrapped up anytime soon. Until the day comes when kratom is 100% uncontrolled on federal, state, and local levels throughout the country, the best thing we can do is continue to think critically, study as much as possible, and carefully assess the credibility of your sources!