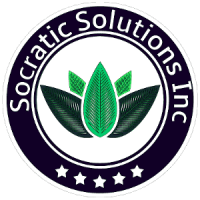 Socratic Solutions
A family company dedicated to serving the best kratom at the best prices and
always delivering it free, no minimums
SHOP ALL KRATOM

The following is a copy of a letter emailed to the Editor in Chief of a certain alternative medicine website. I share his views, but the way the article was written left a significant opportunity for the anti-kratom crowd to run with the negative government propaganda. I wanted to share because, well, I spent a lot of time researching the facts inside and I thought (hope) someone may find some of them useful. Thanks for reading.

I set a reminder to come back to this tonight after reading it earlier in the day. I am not sure how many people will read this, but as an importer and vendor of kratom (I’ll remain anonymous), I have to say something. I want to first say that I commend you for specifying that this involved some sort of mitragynine drink, which I presume was not accompanied by sort of laboratory testing data or a certificate of analysis. Unfortunately, there are many who have condemned kratom altogether based on the many lies, embellishments, and overall negative propaganda the FDA has been assaulting our industry with for a long time now.

Relying on credible, empirical data from transparent sources, I have yet to find a single case of death where mitragynine was the absolute, sole cause of death. Of course I have heard of it, but never has it been verifiable by any means. Yes, I do realize this could change at any time. This hasn’t stopped the team over at the FDA from spinning stories worthy of a Pulitzer.

Every case of alleged kratom overdose shares some similarities:

Of course, I would be remiss if I didn’t mention the following cases in which kratom was cited by the FDA as the cause of death. The following were discovered by molecular biologist and attorney, Dr. Jane Babin (2018):

Another case not mentioned by Dr. Babin in her paper was that involving a 25-year old from West Chester, PA, who was a long-time opioid abuser according to his parents.. The man died in a car crash, yet somehow kratom was blamed (Cook, 2018).

While the FDA has been publishing all of their fiction, actual experts have been researching the true potential of kratom. Here are just a few highlights:

I don’t want to get into conspiracy theories here, but I do want to point out that Congress receives an incredible amount of donations from most of the pharmaceutical industry. The Kaiser Family Foundation has put together some figures at https://khn.org/news/campaign/, and more are available through https://www.opensecrets.org/ and http://www.politicalmoneyline.com/. The most aggressive anti-kratom presence at the FDA was former commissioner, Scott Gottlieb. He was one of the founders of the FDA’s “profits over people” generic drug user fee program (Sullivan, 2018), opposed prescription drug price regulations and government assistance in paying for medications (Gottlieb, 2016), and fully supports a complete kratom ban (no reference needed – just Google “Gottlieb kratom”). Any anti-kratom legislation would be, if anything, a benefit to the pharmaceutical industry as they are currently working on the most cost-effective method of extracting mitragynine for use in future prescription drugs (Spetea & Schmidhammer, 2019).

On another note, Thailand will soon be decriminalizing kratom. According to their Justice Minister, this should have actually taken place on June 10th (Laohong, 2020), although I don’t speak Thai or know much about Thai legal research so it is difficult to find proof that it officially took place yet.

Again, the reason I am writing this is to emphasize the importance of critical thinking and researching source credibility because our right to choose to use kratom, a leaf with hundreds of years of safe usage behind it internationally, is under real threat of being taken away by a government that claims to protect us. In my position, it is my family’s livelihood at stake, and there are other very honest and transparent vendors out there like me. This type of flagrant misrepresentation and spreading of fictional science is insulting to our intelligence, in my personal opinion of course, and, in a perfect world, we would be able to hold these agencies accountable. Until that ever-elusive day, the least I can do is help spread the truth.

Thank you for your time and, if anyone is reading, please never blindly accept things as fact, even if they come from your government. Keep thinking critically.